Lazarski University Faculty of Law and Administration is proud to begin the enrolment procedure in the first edition of the American Law Summer School. The programme will cover all of the most important areas of American law and will be run by two experienced American lawyers: Judge Thomas A. Spieczny (El Paso County Court at Law, Texas) and Attorney Stanley M. Serwatka (Assistant U.S. Attorney, Western District of Texas El Paso Division).

The programme is addressed to students of Law and Administration, lawyers and all those who are interested in American Law.

The programme covers 40 hours of classes which will be held from 20 June to 1 July 2016. Our professors will strive to implement teaching methods and approach common for American law schools.

The School's programme covers the most important areas of American law: constitutional law, civil law, criminal law, administrative law, civil and criminal procedures, commercial and business law. The programme will focus in particular on the specificity of American common law system, the importance of case-law, and the rules regulating legal professions in America. Participants will improve their linguistic skills and, by working on case-law under supervision of experienced practitioners, they will develop their analytical skills and learn practical dimensions of jurisprudence.

Upon a successful completion of the Summer School, the participants will be awarded an American Law Summer School participation and graduation certificate.

The course will last two weeks. Classes will take place on weekdays from Monday 20th June until Friday 1st July 2016 (there are no classes on the weekend of 25-26 June).

I. History and Government Structure

V. The Judicial System - An overview of court systems and judges

VIII. Civil Procedure. The course of a civil lawsuit

Judge Thomas A. Spieczny: Princeton University and Vanderbilt Law School graduate. Worked as an attorney for the U.S. Department of Labor and for a national labor union. Since 1974 has lived in El Paso (Texas, USA) where he has practiced law as a solo practitioner for thirty years and handled a variety of cases but mostly served as a plaintiff's civil rights lawyer. Since 2005 until present has been serving as Judge in the El Paso County Court at Law 7, presiding over both civil and criminal dockets. Admitted to the United States Supreme Court and multiple Federal Courts of Appeals. Board Certified in Labor and Employment Law by the Texas Board of Legal Specialization for over twenty-six years. Recognized as a Texas Super Lawyer. Served two three-year terms on the Board of the El Paso Bar Association. He has worked extensively on the Bar's Continuing Legal Education (CLE) committee. Current member of the Board of Directors of the El Paso Children's Hospital. In 2015, he was a visiting professor at the Faculty of Law and Administration of Lazarski University.

Applicants for the American Law Summer School should be enrolled at the University level or hold a recognized degree. Non-native speakers of English must demonstrate competence in the language at the B2 level.

The tuition fee does not cover accommodation or meals in the duration of the Summer School.

All the documents shall be delivered to Recruitment Office:

More information about the Programme: 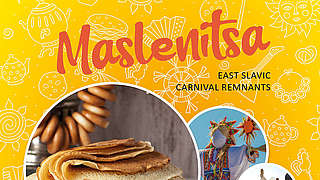 Pancakes with preserves, honey, cream and condensed milk, bagels, samovar tea, snowball fight and lighthearted fun are the attractions that will be waiting for you on February 27. The...
Read more 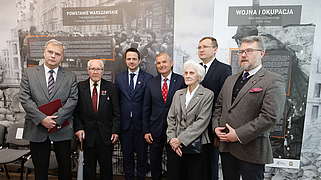 On January 17, Lazarski University hosted a ceremony at which Warsaw Uprising soldiers awarded the Mayor of Warsaw Rafał Trzaskowski and the Real Estate Management Centre of Mokotów...
Read more

In Tajikistan, great importance is devoted to tradition. We had the opportunity to find out about it during the Tajik Day, which took place on December 5, 2019. The event was prepared...
Read more 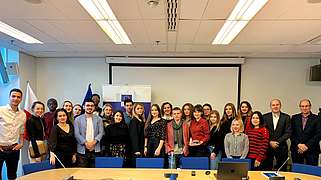 On 5th of December, Club of Political Science organized an educational trip to the European Commission Representation in Warsaw.
Read more 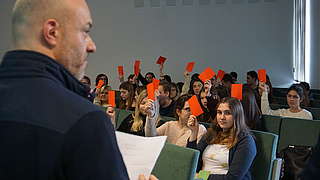 On December, 3rd at Lazarski Universty we had an open, Oxford style debate on the topic of facial recognition technology. Two teams were invited to debate the issue. Each side presented...
Read more 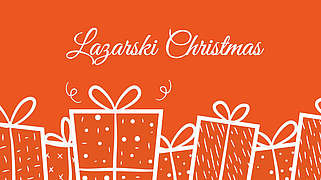 18 December 19
All we want for Christmas is You! Buy small gifts for your friends, take a picture in the photobooth, learn how to make Christmas decorations, listen to the student band and … much...
Read more