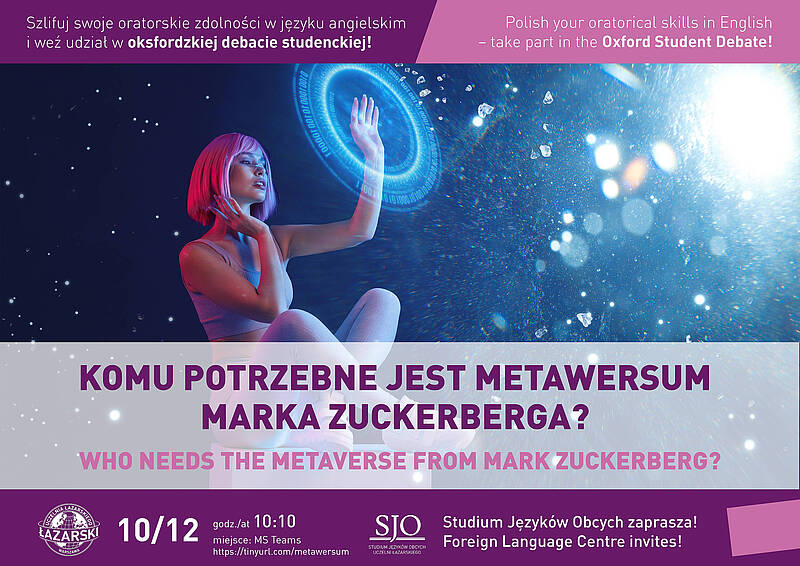 Media reports are sending mixed messages: there doesn’t seem to be a clear answer. There appear to be at least two opposing views on this matter. Some are saying, “Greatest thing ever!”, while others wonder “What the heck?!” There are also several other, indirect and not openly declared positions trying to address this issue. Looking at it from the outside, one can wonder: are we missing some secret but crucial element of this master plan, or are we witnessing a spectacular meltdown of the social media giant? Once Facebook was the king, now the focus is on Meta(verse), but what will become of it? Who will gain billions of dollars from this project and who will be sorely disappointed? When will we be able to fully experience its final version and be able to use the stunning, cutting edge technologies that are promised to us? Or, maybe, soon there will be nothing to talk about? The company that is losing billions of dollars at a crazy pace and making redundant the very employees who are responsible for the implementation of Mark Zuckerberg's vision might just go belly-up? Lucky for you, we are here to discuss this phenomenon. Welcome to the debate!