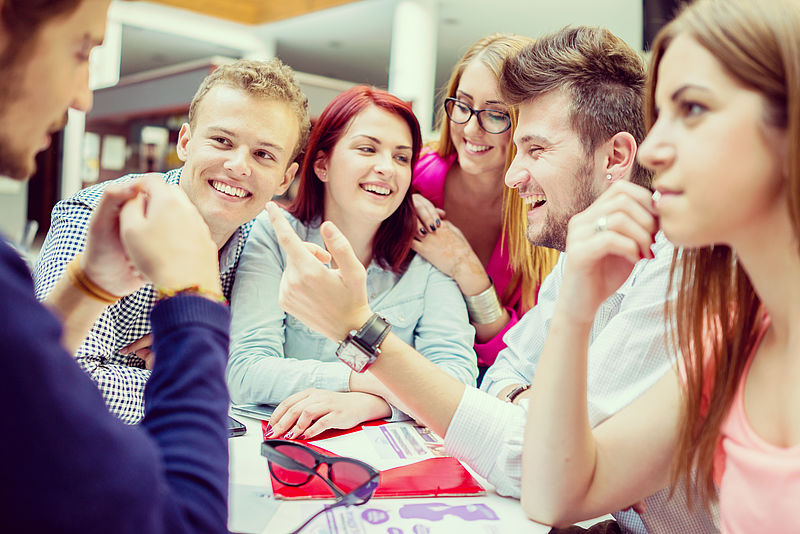 The Scholarship Committee, composed of representatives of Lazarski University Foundation Board, members of the Alumni Club Council and representatives of Lazarski University, invited 11 candidates to the second round of the contest for the scholarship. On 7 November 2018, they presented their scientific achievements, vocational experience gained so far and additional activities, inter alia, for the benefit of Lazarski University community. All the contestants proved their enormous involvement, knowledge and high level of competence. The Committee announced five winners: Maria Isniuk, Maciej Klich, Anastasia Stachviuk, Elwira Targońska and Magdalena Zawisza.

Maria Isniuk is a fifth year extramural student of economics. Her last academic year average grade is 4.39. When she was 17 years old she had to leave Donbas. Since then she has made her living working in Warsaw and has studied. She speaks four languages fluently: Polish, English, Ukrainian and Russian. At present she is employed by an international group Saxoncourt Holdings Ltd and permanently cooperates with such institutions as the Embassy of Belgium and the Regional Court in Warsaw.

Maciej Klich is a fourth year full-time law student. His average grade is 4.58. He actively participates in the work of the Student Government, the University Senate, the Council of the Faculty of Law and Administration and the Student Law Clinic. He is a winner in a contest organised by the Legal Department of Bank Zachodni WBK (now Santander) and an author of papers presented at many scientific conferences. Moreover, he is a co-founder of a legal start-up: kruczek.pl.

Anastasia Stachviuk is a third year full-time student of economics. Her average grade is 4.75. She is a winner of the Dean’s prize for extraordinary educational achievements, a member of ESN Club and an originator and organiser of the University newspaper. She took part in many congresses and scientific conferences where she presented her papers and results of her research into, inter alia, Ukrainian labour migration and its impact on the economy and the retirement system in Poland. Anastasia served apprenticeship in a prestigious journal “Riviera Times” in Monaco and next she worked for ASF International Fine Art Photography magazine. Last summer she started working for MC2 Solutions Company, where she was responsible for economic reports on artificial intelligence markets, big databases and a blockchain, and conducted a detailed analysis of private equity markets. Moreover, she won a contest for the post of a career ambassador in the EU for the academic year 2018/2019, within which she will closely cooperate with the Ministry of Foreign Affairs and the European Personnel Selection Office (ESPO).

Elwira Targońska is a fifth year full-time law student. Her average grade is 4.78. She is involved in scientific as well as social life of Lazarski University. She took part in international competitions and conferences, where she presented her papers. She is an author of articles in a scientific journal and a co-founder of the learned society involved in aviation law research. She is eager to help in the organisation of various social events at Lazarski University.

Magdalena Zawisza is a second year full-time law student. She has obtained an average grade 5.03. Still in secondary school, she competed in legal knowledge contests, including one organised by Lazarski University, in which she won fifth place. She eagerly gets involved in the organisation of Lazarski University events and the work of the Student Law Clinic She took part in many conferences and workshops. She served internship in LEX NOSTRA Foundation, where she drafted procedural documents, and in Dowlegal law firm.

This year scholars will be granted PLN 4,000, which will be transferred into their bank accounts.

We express our thanks to all applicants, cordially congratulate the winners and invite everyone to compete in the next year edition of the scholarship contest organised by Lazarski University Foundation.