14th ‘Sputnik’ Russian Film Festival will take place online on the website mojeekino.pl from 12nd till 20th of December. 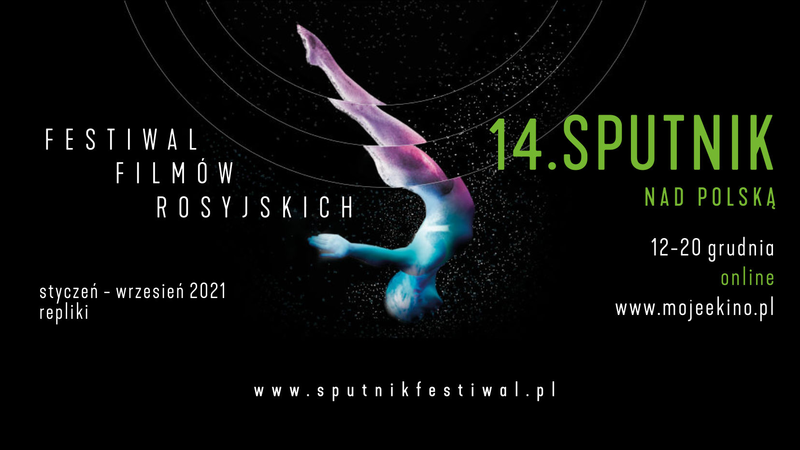 An important place in programme is given to Documentary Competition. Marija Popricak's ‘Empty pages’ will show us the life of the last Russian Tsar family, ‘33 words about design’ directed by Natalia Klimczuk and Olga Morozowa will bring us to the world of art, we will also present Andrei A Tarkovsky’s documentary ‘Andrey Tarkovsky. A Cinema Prayer’, which show us life of the iconic filmmaker.

In section devoted to the work of Andrei Khrzhanovsky ‘Magical journey in the world of Andriej Khrzanovsky – 80 years of animation master’, we will show the artist's latest film ‘The Nose or the Conspiracy of Mavericks’, a full-length film entitled ‘One and a half room’ which was the winner of the 4th Russian Film Festival "Sputnik over Poland" in 2011, as well as his earlier short animations: ‘One and a half cat’, ‘A long journey’ and ‘A lion with a gray beard’. In a separate block we will also look at the works of students of the Film School of Animation Cinema "Shar", in which Andrei Khrzhanovsky currently lectures.

A few titles from ‘Kaleidoscope of New Cinema’: ‘Kalashnikov’ by Konstantin Buslov, comedy ‘Happy end’ by Evgeniy Shelyakin about the man, who wakes up on the beach in Tailand without knowledge who he is and where he is.

This year there will be a new section ‘New Gaze – Debuts’. It will be a block devoted to young, talented Russian directors who made their first films in the last two years. Among them, the drama by Anton Kolomieyec ‘Your tutor’ about unequal love.

‘Sputnik’ shows not only films! We’re waiting for you at our side event — photography presentation by Slawomir Michal, who tells us about his travel to Russia and his travelling experience.

14th ‘Little Sputnik’ will present the newest Russian animations and feature films created for both children and teenagers. ‘Time key’ directed by Alexey Telnov about couple – Andrei and Olga – who adopt eight-year-old Ksyusha. Andrei is writing a science fiction novel about the dark side of Petesburg. On the pages of his book, the city on the Neva turns into a phantasmagoric world, where time itself has stopped, and the streets are inhabited by soulless creatures.