beta
Skip to main content
Change font size: A A A
Publication: 5 Oct 2020

The inauguration of academic year 2020/2021 was held at our University on 2 October. 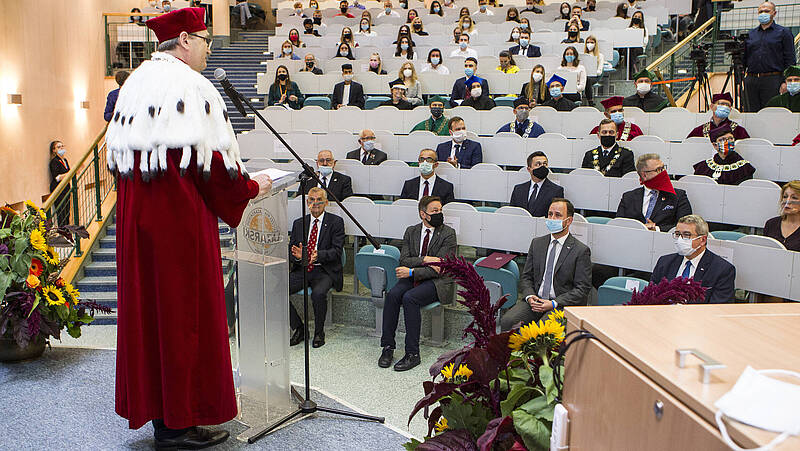 “Ladies and Gentlemen, last academic year proved a considerable challenge for all of us. We all know well that the academic year now beginning will not resemble the times before the pandemic: speaking plainly, it will abound in numerous challenges. We have done a lot to prepare for it as best we could. We did our best to predict various possible scenarios and prepare action plans to react to them so that we are able to conduct the teaching process without interruptions at the highest level satisfying our students.”
(…)

An address was also made by the Minister of Science and Higher Education Mr Wojciech Murdzek. We were honoured by the attendance of Mr Mariusz Rusiecki, advisor to the Polish President, who read a letter of congratulations from President Andrzej Duda.
The ceremony also featured awarding the Rector’s Award and Lazarski Diamonds; this year, they were given to Ms Katarzyna Klimaszewska and Mr Aksen Semak.
Ten people were awarded the PhD title at Lazarski University this year and one the academic title of doctor habilitatus.
The inauguration paper entitled “(Post) Pandemic Trends: Destruction and Development” was held by Professor Elżbieta Mączyńska-Ziemacka. 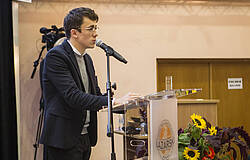 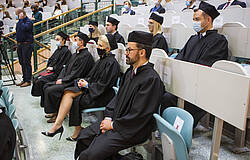 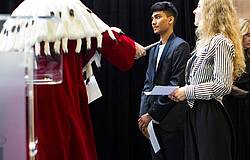 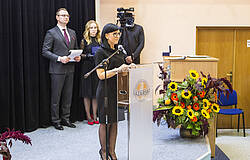 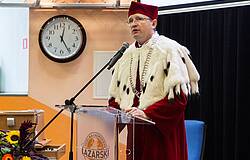 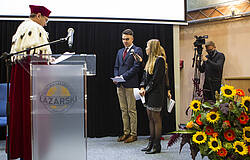 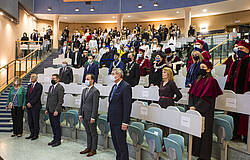