On April 12, a debate took place at the Lazarski University during which we tried to answer the question whether the government social programme 500+ should only support working families. 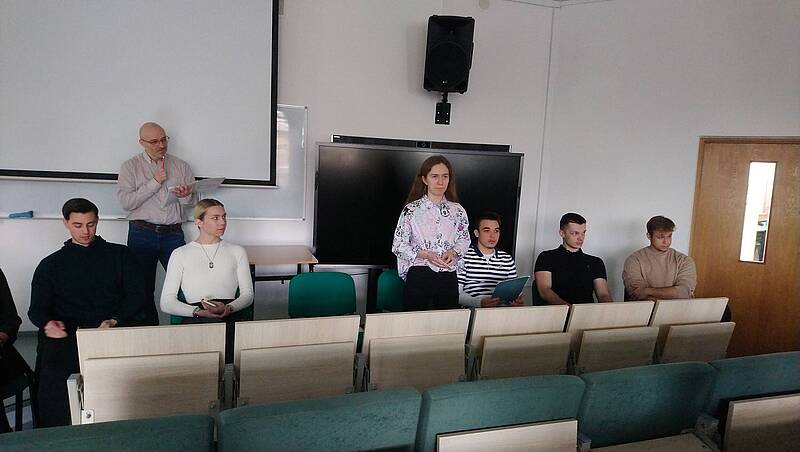 Observing the behavior of the beneficiaries, we wondered if after six years since the program was introduced, it has been fulfilling its role and whether it really supports the social group for which it was intended and how effective it really is.

We debated whether the program was an effective aid for large families and whether it could be viewed as a way to reduce poverty in society in general.

Participants indicated the need to extend the program to other groups of people in need of support, such as disabled people, victims of accidents, the homeless and the disadvantaged, as well as immigrants. The question was raised whether wealthy families that realistically do not need an additional, relatively small amounts of money offered by the program should also use these funds.

We asked whether, as a society, we should support only resourceful people, functioning as a classic family but in need of support, and whether we can afford such assistance to people who were not able to meet the requirements of the new economic reality, the disadvantaged, and immigrants coming to our country in larger numbers. Requests were made to consider the social and moral aspects of helping those who need it most.

We also pointed to the declining purchasing power of money from the 500+ programme due to inflation and the growing costs with each year of financing this programme.

Members of the audience also took part in the debate, speaking individually and expressing their opinion by voting as a group. This form was also chosen to assess the strength of arguments of the participants of the debate. Having heard the opinions of both parties and having analyzed the pros and cons, it was concluded that the 500+ program should only support working families and should not be treated as a form of government aid for other people in need, for whom separate forms of support and other social programs are intended.

You are welcome to join the next debate in which you can express your opinion on the topics and issues that concern us all. See you at the next meeting! 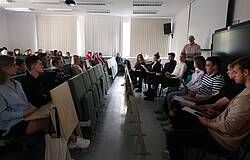 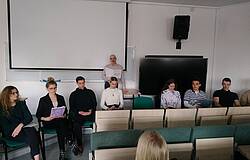 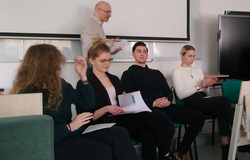 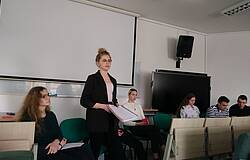