beta
Skip to main content
Change font size: A A A
Publication: 20 Jan 2022

On January 15, we held an online debate on the migration crisis on the Polish-Belarusian border. We tried to answer the questions about the causes and development of the crisis. When asked why such a large number of migrants suddenly arrived at the Polish border and why right now, the responses of the participants pointed to the culprit, the Belarusian leader Lukashenka, whose deliberate actions resulted in the arrival of a huge crowd of people attracted by the promises of a better life in Western Europe. The motivation for such actions was to be revenge against the countries of Western Europe (including Poland) that did not accept the manipulated and undemocratic results of the presidential elections in Belarus and openly criticized the dictatorial style of ruling on Belarus. So, how should Polish authorities react and are the government actions supported by the public? The statements indicated public support for the protection of the Polish state's borders in compliance with EU migration law, but the actions of state services in the humanitarian aspect were criticized. The lack of sufficient concern for the fate of migrants and the controversial practice of "pushback" in relation to all people trying to cross the border were pointed out, as well as the cost of human victims as a result of such actions. The moral aspect of the crisis was severely criticized both in relation to the actions of the Belarusian and Polish authorities. 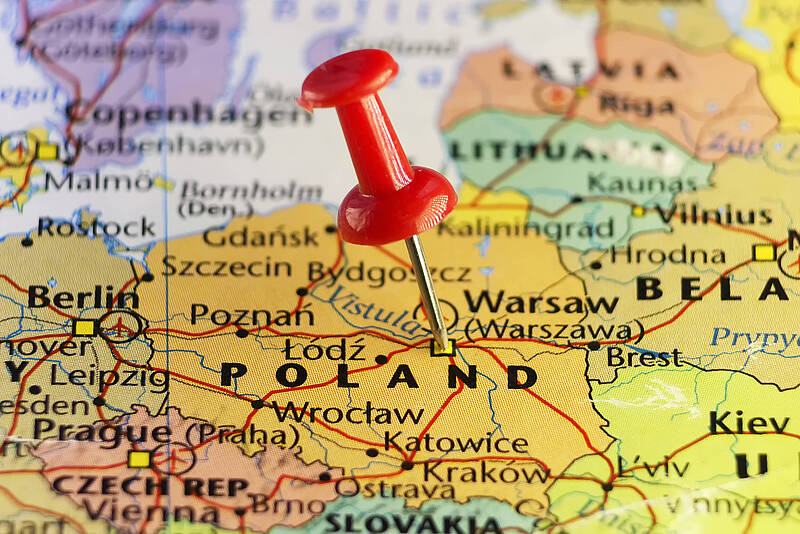 When considering the consequences of these actions in the coming months and years, it has been concluded that the situation is far from being solved in a satisfactory manner. The need for increased vigilance and constant border protection including the construction of a protective wall which will be associated with high costs, was indicated. Speakers expected further political support from European Union countries to put pressure on Belarus, and even to introduce further sanctions against Lukashenka in order to force an end to destructive and provocative political games targeting innocent people who have been deceived. The question of whether migrants should be admitted to Poland and if so, what would be the consequences for the Polish economy was not considered in detail because, as we know, the destination countries for migrants were not Poland but Western Europe and the Polish-Belarusian border is in fact the eastern border of the European Union. Therefore, crossing the EU border was treated as an initial stage of further travel to Germany, France, Great Britain, etc. Therefore, it seemed legitimate to ask how the leaders of the European Union countries view the present situation, and how the leaders of other non-member countries treat this crisis. The statements of the participants of the debate pointed to the geopolitical game between Russia, China and the United States, in which the European Union doesn’t seem to keep up with the pace. The aspect of the tug-of-war between Russia and the countries of the European Union (and thus the countries of the NATO alliance) was pointed out, and the result of this tug-of-war indicated the weakness of the European Union's governance system and the weakening of the EU's status as a political power of Europe in relation to China and Russia. The question was asked whether there is anyone who cares about escalating the problem? Here, the cynical game and manipulation of the recent events among the leaders of countries aspiring to the rank of superpowers, including Russia, China and the United States, was again considered. These states, although not officially involved in the events and not parties to the conflict, through their behind-the-scenes maneuvers and unofficial indirect influence on the course of the conflict, had a significant impact on their course, which was duly noticed and criticized.

The analysis of the events took us over an hour and a half, much longer than we initially anticipated. It can therefore be assumed that we are not indifferent to the problems related to the migration crisis, and although many people expressed their opinions, many more listened with interest and did not have the opportunity to express them... Therefore, we invite you to the next debates. Maybe next time your voice will be heard? We are waiting for further debates and the opportunity to hear your voice. See you soon!