During the recent inauguration ceremony of the academic year our school hosted Andrzej Duda, President of the Republic of Poland. The President first laid a wreath at the plaque commemorating the university’s founder Ryszard Łazarski, a Warsaw Uprising insurgent from the Home Army’s “Baszta” regiment, and subsequently participated in a meeting with the school’s authorities. President Duda also visited the facilities of the Centre for Basic and Pre-Clinical Sciences at the Faculty of Medicine. After that he took part in the opening ceremony of the new academic year, where he held a speech. 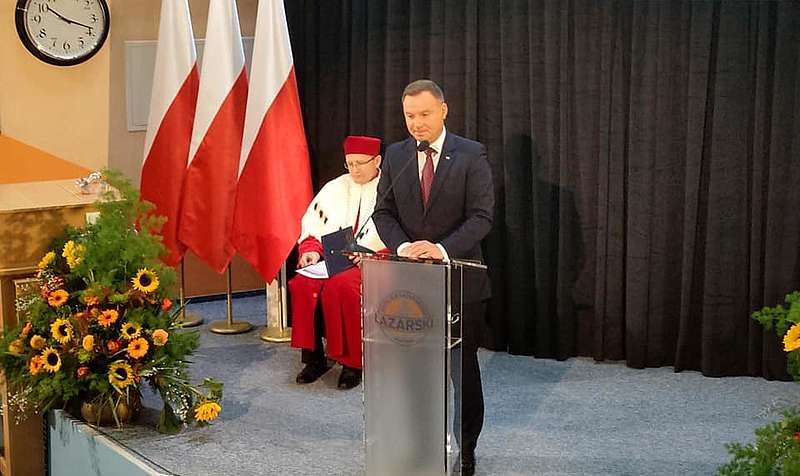 ”Well educated people who occupy responsible functions build the elites. I would like our county to have elites,” said Andrzej Duda.

“This is a group of people that bears special responsibility towards the entire society for how it manages both economic and public affairs,” stressed Polish President.

In his speech Andrzej Duda cited data indicating that graduates of the Lazarski University are among the best-paid professionals in Poland.

We were also honoured by the presence of numerous other distinguished guests: representatives of the scientific community, state authorities, diplomatic corps, judiciary, partners of the Faculty of Medicine and companies cooperating with the school. Our special guests this year were Eugeniusz Tyrajski, Tadeusz Kostarski and Janusz Badura, soldiers of the Home Army’s “Baszta” regiment.

During the ceremony Sebastian Skuza, deputy chief of the education department, read out a letter from Jarosław Gowin, the Minister of Science and Higher Education,

The ceremony also featured presentation of the Rector’s Awards for academic merit as well as special achievements in didactics and organisational work.

The ceremony was crowned with the oath-taking by first year students. Thus, future lawyers, economists and doctors gained the status of Lazarski University students.

The ceremony was concluded with the inauguration lecture by Robert Gwiazdowski, PhD, entitled „Dubito ergo sum. On the courage of doubt in the field of science”.

We owe the magnificent musical setting to the Warsaw Inter-University Choir.

We wish all students and employees of the Lazarski University a great academic year. 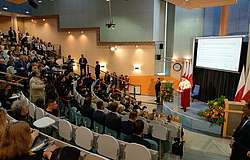 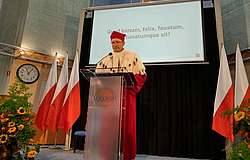 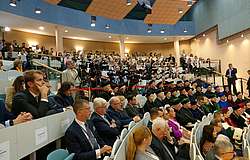 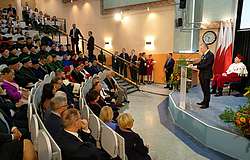