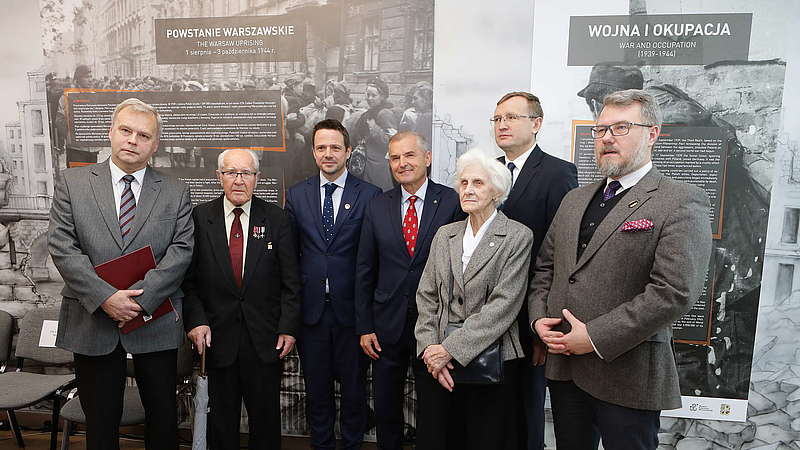 The Mayor of Warsaw Rafał Trzaskowski received the distinction in person.

- It is a great pleasure for me to visit Lazarski University. I happened to come here several times to meet students interested in European issues and I am glad that such great universities have found their place in Warsaw -  he said in his speech.
-We are here today at the invitation of the “Baszta” Regiment. I am honoured by this invitation. As for every Warsaw inhabitant, the Warsaw Uprising is exceedingly important to me. Not only because both my uncle and my aunt, i.e. my mother’s brother and sister, fought in the Uprising, but also because it is one of the key symbols of our city. The insurgents are crucial for us as persons of authority who preserve the values which we find the most important. It is our obligation, my obligation as the Mayor of Warsaw, but also our privilege to preserve the memory of the Warsaw Uprising as well as to care for the insurgents.
(…)
I am very happy that this memory is being preserved not only by local administration authorities, the district authorities… but that they are joined in this task by universities, NGOs and other institutions. It is our duty to remember about the Uprising.

The distinction for the Real Estate Management Centre of Mokotów District was received by its director Waldemar Albiński.

The ceremony featured the unveiling of a mural and tablets commemorating the soldiers of the Home Army “Baszta” Regiment in the new section of the Lazarski University Memorial Room. Lazarski University’s Rector Professor Maciej Rogalski referred to the slogan adopted for this initiative in his speech at the opening of the event:

- (…) the hashtag #TacyJakMy [#JustLikeUs]: young, like us, but unable to pursue their studies because they went to fight for their country in the Uprising. This mural serves the purpose of perpetuating the memory of the Warsaw Uprising and its heroes. It is an honour for us that we can perform this duty.

Mayor Trzaskowski received the distinction as a sign of gratitude for continuing the tradition of assuming patronage over the annual Warsaw Uprising ceremonies and for promoting respect for surviving insurgents.
The capital city of Warsaw develops various forms of helping insurgent communities in line with the principle of honouring the dead but remembering the living participants of the Warsaw Uprising.

As a unit of the Mokotów local government, the Real Estate Management Centre provides assistance in maintaining order at the locations commemorating the Warsaw Uprising in Mokotów as well as ensures the veterans living in apartments owned by the city of Warsaw administrative and technical assistance.

Lazarski University has long been cooperating with the Home Army “Baszta” Regiment Association. Its members assume places of honour at the university ceremonies, giving the students a unique opportunity to hear stories of the Warsaw Uprising directly from the insurgents. 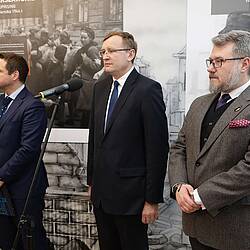 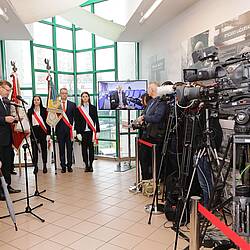 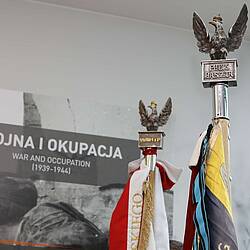 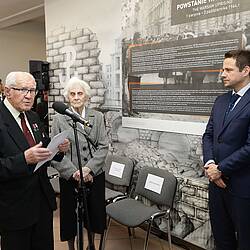 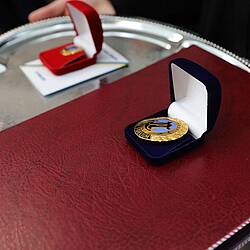 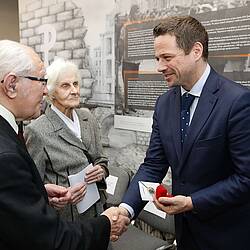 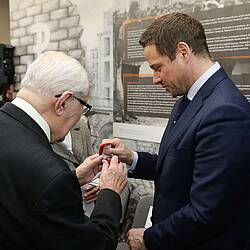 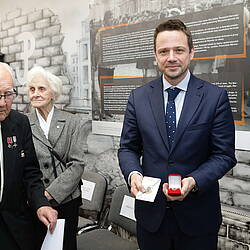 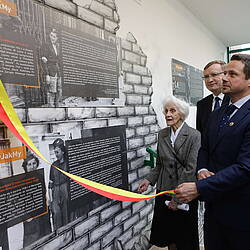 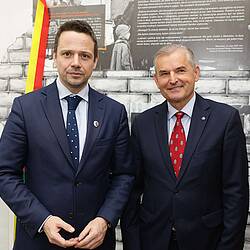