The spring semester was quite busy, it came and went incredibly fast and now it’s the time for a short recap of the debates that took place during its course. There were three of them altogether and were kept in the online mode except for the medical Round Table Debate which was organized at the University premises (in a strict sanitary regime of course). 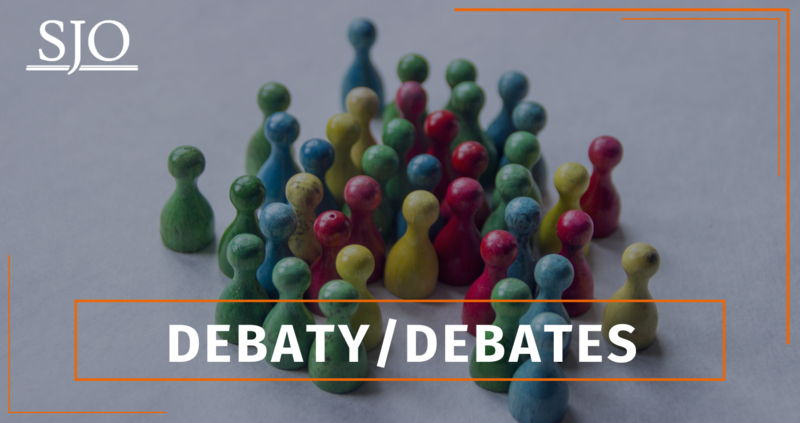 The first one which went by the name of “The Coronavirus Debate” ,took place on the 25 of April and involved extramural students from the Faculty of Law and Administration. It basically posed a question whether the ongoing pandemic had been exerting a positive or negative influence on the quality of our lives. Those who were trying to defend positive aspects had a really difficult task. Eventually, after a heated discussion an overwhelming majority decided for negative…

During the second, “The (Post)pandemic Debate” which was held on the 27 of April, the intramural students from the Faculty of Economics and Management were trying to find an answer to the question whether the pandemic exerted a detrimental or favourable influence on the quality of online classes. The answer was found and it must have surprised everyone that so many good reasons for keeping classes online were listed by so many participants.

The students from the Faculty of Medicine on the 12 of May gathered in the room 106 to deliberate constructively over the issue of persistent treatment of a person unable to live independently. The Round Table Debate got its name because of an organizational scheme and spontaneous expression which makes it different from a more formal Oxford debate. Everybody had a chance to exchange opinions – interesting although sometimes very controversial. After a long discussion the majority voted against persistent treatment.

It must be noted that for all the aforementioned debates there was an impressive attendance and, more importantly, an absolutely fantastic audience participation not only on the part of the students but also their teachers.