A monography on aviation terrorism by Mateusz Osiecki, PhD has been published by the prestigious and internationally respected Swiss academic publisher Peter Lang International Academic Publishers. 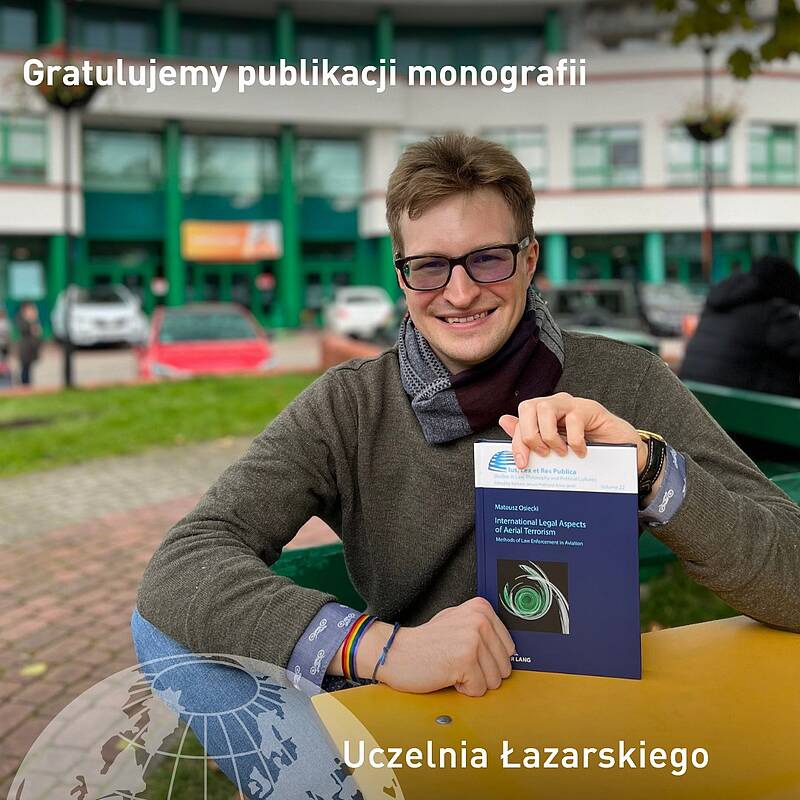 The monography addresses the problem of air terrorism, one of the greatest challenges facing humanity in the 21st century. Its main goal is to answer the question of whether international regulations are an effective tool in the fight against terrorists who attack civil aviation.

The book itself is divided into three chapters: the first focuses on the theoretical aspect by describing the term "air terrorism" itself from a legal perspective. The second is an in-depth review of the key legal instruments developed under the auspices of the ICAO, the United Nations and the European Union, which together form the legal core in fight against air terrorists. Finally, the third part is a case study that shows how the mechanisms described in the previous parts work in practice.

As the author points out, "There is probably no greater joy for an academic than to see their opus vitae in public circulation."